When the semiconductor chip shortage hit in 2021, experts predicted it would last until at least 2023. With 2023 rapidly approaching, it now seems that this prediction might have been too optimistic.

The impact of the shortage until now has been significant, with a recent report by Allianz estimating the damage cost to the European auto industry was close to €100 billion in 2021-2022. As a result of the shortage, vehicle production has decreased by millions of units: over 10 million fewer cars were produced in 2021, and 2022 is expected to end with a loss of over 4 million vehicles.


What started as a pandemic-driven shortage may be turning into yet another example of the “new normal” as OEMs continue to face the chip-shortage two years on. As cars become even more technologically advanced, they will be increasingly reliant on additional silicon chips. This makes finding a solution to the chip shortage more crucial, and automakers find themselves needing to lead the way towards a more resilient and flexible supply chain.

How Did We Get Here?

The chip shortage began when the Covid-19 pandemic caused a halt in the supply chain where manufacturing centers shut down for lengthy periods of time as part of global efforts to combat the spread of the virus. Additionally, some automakers reduced their semiconductor chip orders (among other parts) as a proactive measure to safeguard capital assuming that it would be a long time before demand for vehicles would resume pre-pandemic levels.

At the same time, other industries like the Electronics and Computer sector, were increasing their orders for semiconductor chips in response to a huge uptick in demand with the shift to remote work and online learning.

When demand for personal vehicles shot back up faster than anyone was expecting in the second half of 2020, semiconductor suppliers had already dedicated their capacity to filling orders from the Electronics industry. Because of the long lead time required, it was impossible for them to rapidly increase their production capacity and respond to the new demand for chips from the automotive sector.

Unfortunately for auto manufacturers, who rely on ‘just in time’ supply chains, the chip producers began to favor companies in other industries, looking for more stable contracts with longer lead times. Further exacerbating the issue, the semiconductor needs of other industries began to overlap with those of the automotive industry as larger node sizes were needed for 5G rollouts and PC boot up chips.

In the short term, it does not appear as if any simple solution is on the horizon. Automakers like GM have resorted to removing certain features from their new cars (i.e. heated seats) because they simply cannot access the chips needed to provide such features. While OEMs are doing their best to come up with strategies and plans to get their hands on as many chips as possible, it's time to consider long term changes.

Does The Answer Lie In Changing the Supply Chain Relationship?

Automakers are certainly not against making changes to the automotive supply chain and the way it is managed. Building a semiconductor chip is a complex process that can involve as many as 700 different steps taking up to 14 weeks at a minimum. Hence suppliers cannot just increase the production volume at a moment’s notice when demand increases.

Some automakers have already begun creating ‘broader’ supply chain relationships and are not relying on only a few key providers, instead leveraging multiple parties that can supply similar HW.

Because vehicles require many different types of silicon chips, automakers are often dealing with an array of suppliers. Even if one supplier gets back up to 100% capacity, vehicle production can still be held back if other suppliers cannot keep up the same pace. As automakers move towards a multi-vendor approach (for similar HW needs) and longer-term contracts approach, they are not as reliant on the downstream supply chain partners of their key vendors.

In the meantime, OEMs need to look for new ways to introduce agility into their production processes so that they can continue to produce vehicles while waiting for the shortage to be resolved.

One of the biggest challenges that legacy OEMs face is the monolithic blocks of code that are built into the ECUs on the production line. With one car having hundreds of ECUs, each developed and tested in order to perform a single task, the ECUS are reliant on certain chips in order to operate. This reliance makes it difficult to make a last-minute switch to a different chip during the manufacturing process should the required one not be available.

As a newer OEM, Tesla was able to tackle the chip shortage by rewriting their firmware to be compatible with replacement chips within a matter of weeks. By leveraging their software focus, they were able to overcome the challenges raised by the shortage. While legacy automakers were scaling back their production lines, Tesla was able to deliver over 200,000 new cars and earned over $1 billion in profit.

As traditional automakers continue on the road to modularity, they will also be able to make changes to the production process in line with which semiconductor chips are available.

The industry as a whole is already moving in the right direction as it pivots to next-generation E/E architectures - like zonal architecture - that would heavily influence the number of electronic parts and ECUs. An added benefit would be the decreased complexity and weight of the wiring harness needed to produce a vehicle.

As automakers start to decouple the hardware and software used in cars, they can decouple the development process for HW and SW. This means new features can be created and adapted for different underlying HW if the original component that was specified for a particular vehicle model is unavailable. Guardknox’s SOA Framework enables this decoupling, leading to a faster, more efficient software development process. Drivers can receive new features and applications with shorter development cycles as the automotive services are fully decoupled from the runtime environment and hardware. Automakers can leverage full modularity, and provide additional features and capabilities during or after production, generating new revenue streams.

In the face of an ongoing chip shortage, vehicle manufacturers have several approaches for managing both the current shortages and adapting to future supply chain challenges. When the industry moves out of the current supply hardships, we might find a more robust and dynamic supply chain than what we were used to before the chip shortage. 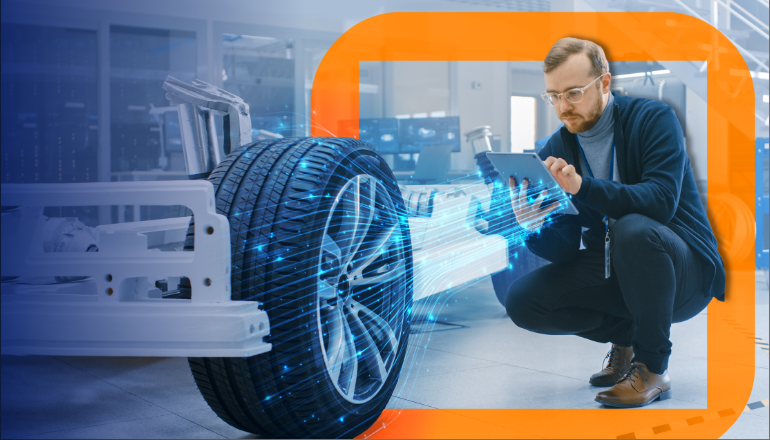 Why Modularity is a Gamechanger for the Software-Defined Vehicle

END_OF_DOCUMENT_TOKEN_TO_BE_REPLACED 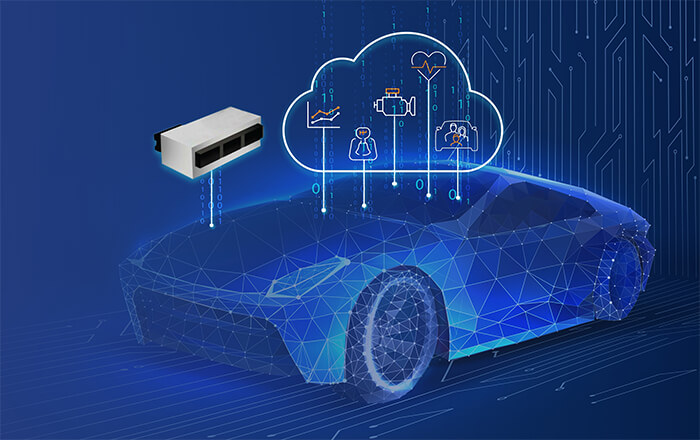 Going Modular: The Software-Defined Vehicle at Its Best