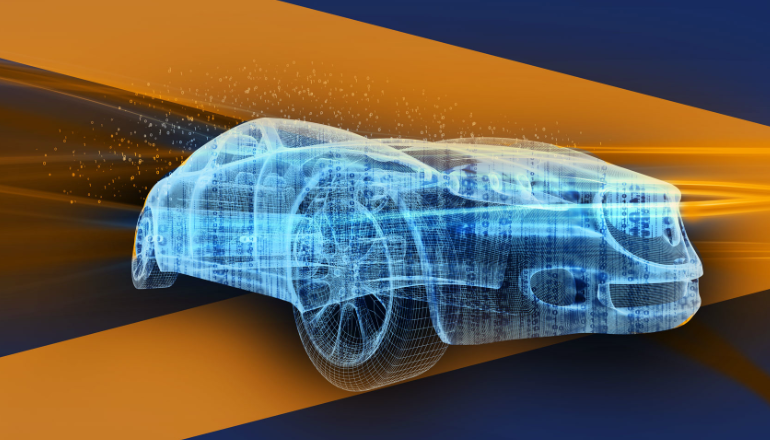 The Automotive Industry Is Transitioning To Ethernet Backbones, Following The World Of Computing


While Controller Area Network (CAN) buses have long been the automaker’s top choice to support communications, Ethernet has become the preferred network backbone as the current generation of vehicles are essentially “computers on wheels,” where Ethernet has already proven its value in connecting those computers.

Although Ethernet is on the rise largely because it meets needs that CAN buses don’t serve as easily and efficiently, Ethernet will not entirely displace CAN and will in fact complement it in many vehicles. The need for a combination of CAN and Ethernet is clear when considering evolutionary E/E architecture design, where new and high-end electronic control units (ECUs) coexist on the network with legacy ECUs that can be several generations old. In addition, for many traditional automotive networking use cases, CAN is still more cost-effective.

Standards Are Essential For Effective Communications : Especially AVB and TSN

Ethernet has evolved since its inception in the 1980s.  Today’s Ethernet provides the communications backbone for real-time and real-world applications that rely heavily on predictability (of time to receive) and reliability (in that what is sent is received and understood). This requirement, combined with the need to keep overheads to a minimum, have resulted in two key Ethernet protocols being developed.

1) Stream reservation; that depends on 2) traffic prioritization and 3) time synchronization.

AVB is critical in an E/E environment with real-time control dependent on sensor inputs and driver reactions.

Time Sensitive Network (TSN) is added to AVB to provide:

Precision Time Protocol (PTP) will need to be adopted for high-accuracy time-synchronization and high-assurance communications and it is very important in modern E/E Architecture.

Security Needs To Be Uniquely Designed For Automotive

One of the primary differences between automotive and standard Ethernet networks is the structure and different bus network topologies. Automotive networks will have a combination of Automotive Ethernet and CAN and be very hierarchical. Legacy CAN bus technologies will continue to be present and not completely replaced.

In an automotive network, the ease of modification and re-configuration of enterprise networks must be avoided to increase controllability and provide a solid foundation for safety and real-time requirements. Thus, deliberate limitations of communication are inevitable, and must be applied for example through the use of firewalls, packet filters, network segmentations or Virtual Local Area Networks (VLAN). Major challenges for automotive Ethernet networks are to master the wide functional range of network protocols, as well as to restrict access to configurations of switching and routing components - requiring that the automotive network is engineered from the outset and not just configured.

The engineering of the E/E Architecture will result in a combination of devices remaining on a CAN bus while other functions and controllers will communicate with each other and those on the CAN via Ethernet. All of the functionality on the automotive network must be deterministic (with no randomness in outputs / all controlled future states are the result of a previous action) and as such must be engineered properly as many will be implemented in software and communicate via Ethernet. As the functionality evolves, so does the implementation and more and more will move from control units on the CAN to software modules on the Ethernet network.

Cyber engineering and communications engineering expertise will be key to automakers being able to utilise the revolution that is making the modern vehicle “computer networks on wheels”.

Automakers can not rely on each functional component supplier to be able to engineer the automotive network such that it is secure, but will need to acquire a systems engineering capability that brings it all together into a robust and secure system. The new breed of automakers, such as Tesla or Nio, have already recognized this and invested heavily in systems engineering capabilities putting them at an enormous advantage in the automotive revolution.

END_OF_DOCUMENT_TOKEN_TO_BE_REPLACED

Why Modularity is a Gamechanger for the Software-Defined Vehicle