A Whirlwind of Autonomous Car Cyber Security Activity at CES 2018 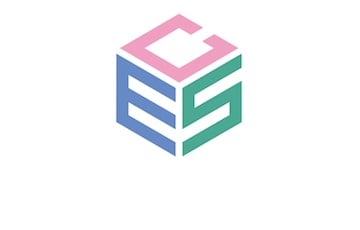 The Consumer Technology Association calls its annual Consumer Electronics Show “the world's gathering place for all those who thrive on the business of consumer technologies.”

First held in 1967, the event already attracted 17,500 attendees and over 100 exhibitors. Since then, CES has grown to where it showcases 4000 exhibiting companies that include manufacturers, developers and suppliers of consumer technology hardware, content, technology delivery systems. Its conference program delivers 300 sessions to more than 170,000 attendees from 150 countries.

CES claims that it attracts “the world’s business leaders and pioneering thinkers”. Attending the show last month convinced us that this is the case.

and a red-hot Automotive category featuring Self-Driving Cars and Vehicle Technology.
In fact, all the automotive ecosystem players were at the show. The global automotive manufacturers, major suppliers, innovators, and so many others got into the action. To any casual observer, there is no doubt that the connected vehicle is generating thunderous interest.

For GuardKnox, CES was a four-day whirlwind of activity for the vehicle market in general and for autonomous car cyber security. We met with leading players across the vehicle ecosystem including the largest automotive manufacturers from three continents. We also had the pleasure and honor to present in cooperation with Amit Harel and Danny Feuer from The Innovation Tech Terminal, Deloitte's Startup Hub in Israel. There we were able to meet with key industry players in the US market as well as several larger international urban areas.

We were left with absolutely no doubt that there is a tremendous amount of interest in innovative connected car cyber security solutions. We met with the major automotive players from North America, Europe and Asia. In fact, our CEO, Moshe Shlisel and Director of Marketing, Jillian Goldberg, as well as other representatives were in non-stop meetings with major players throughout the show.

In our opinion, CES has become a very big go-to place for automotive leaders to meet around innovation. This is another testament to how rapidly the connected vehicle concept is progressing.